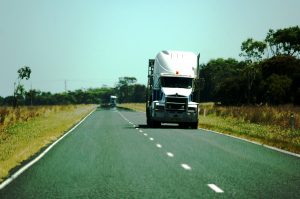 Trying to find great options on Owner Operator Insurance in Murfreesboro Tn and the surrounding areas? Then you’ve come to the right website.

Call Pathway Insurance today at 800-998-0662 Mon – Fri 9 am to 5:30 pm or contact us online by clicking on Tennessee Owner Operator Insurance 24 hours a day, 7 days a week, where you can request information and free insurance quotes.

Most every insurance policy includes something called Exclusions of Coverage, and knowing what they are and how they affect your insurance coverage is very important.

Exclusions of coverage are specific situations noted in the language of an insurance policy for which coverage does not apply.

For example, a Comprehensive Coverage in a typical insurance policy covers just about any cause of damage to your car. But, most insurance policies highlight acts of war as an exclusion of coverage. So, even if you have Comprehensive Coverage on your vehicle, if a foreign fighter jet destroyed your car during an air raid against the United States your car would not be covered.

Being aware of the exclusions of coverage that exist on your commercial truck insurance policy is important because it helps you to avoid being blindsided by a claim denial down the road.

Let’s look at an example of how not knowing the exclusions of coverage can get you into hot water.

James Tiberius owns and operates a semi truck. Like many truck drivers, James does long, cross-country deliveries, spending days or weeks at a time in his truck cabin. Because of this, James decided a long time ago that he wanted to make his truck as comfortable and homey as possible.

A long time ago he began purchasing various electronics and comforts to keep in his truck cabin with him. It started out with simple things like a CD player and some CDs, and a DVD player to watch DVDs before bed. Gradually his collection grew, however, until the inside of his truck cabin became a veritable command center.

James’ truck driver buddies began calling James’ truck the USS Enterprise, because the inside of it was covered in electronics of all kinds.

James had speakers, stereos, radios, mp3 players, tape decks, even an 8-track; he had tapes, records, CDs, a citizen’s band radio with an antennae, a big mobile phone, a radar detector for avoiding the police, and more.

And not only that, but every bit of it was portable and easily removable so that James could take anything he needed with him when he left his truck. As a result, the stuff was all over the place, stacked on the seat, crammed in the glove compartment, rested on the dash, and pushed under the seat.

Yes, James traveled in leisure, but at what risk? Find out next week.

Want great rates on Tow Truck Insurance in Tennessee? Call Pathway Insurance toll free at 1-800-998-0662 or submit a request for an online quote 24 hours a day, 7 days a week.

Finding a company willing to insure moving trucks can be difficult. Pathway Insurance offers great rates on moving truck insurance. Call us today at 1-800-998-0662 to speak with one of our experienced agents.

Need cargo coverage? Cargo insurance is available from top-rated companies in Tennessee. Call 1-800-998-0662 and our agents will help you find the coverage you need.

Insurance for owner operators, both single and fleet vehicles, is available in Tennessee, Michigan, Ohio, Indiana, Kentucky, Minnesota, Georgia, and Florida. Contact us at 1-800-998-0662.

Looking for Non-Trucking Liability Insurance, also known as Bobtail Insurance? The agents at Pathway Insurance are here to help. Give us a call at 1-800-998-0662 to talk with a representative today.